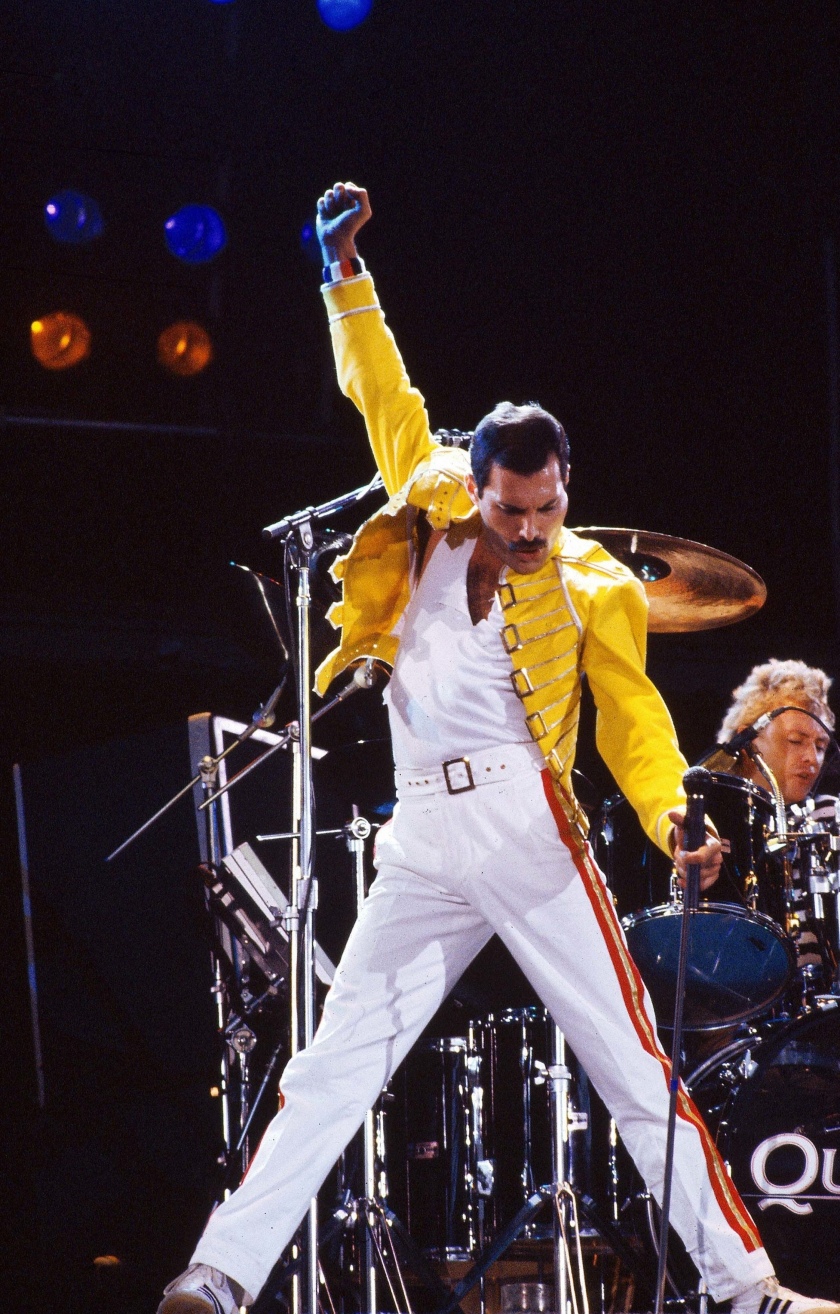 Freddie Mercury. A name that most people know even if they aren’t a fan of his beloved band Queen.

And arguably one of the greatest performers of all time.

Freddie Mercury was born September 5, 1946 in Tanzania. He and his family fled the country during the Zanzibar Revolution and settled in England. This is where he would meet Brian May and eventually form the Rock band, Queen.

Over the course of 16 years (from 1970-1986), Queen released 14 albums with their 15th and final album, Made in Heaven, releasing after Freddie’s death in 1991 and containing the last song that he ever wrote for the band. Together Freddie and Queen performed over 700 concerts around the world during this time.

In addition to being an over the top and incredibly skilled performer, Mercury was also known for his sexual preferences. As one of the only openly Bisexual celebrities of the time, Freddy was know to turn on the charm both one on one and while on stage. He shocked and awed audiences with elaborate costumes, incredible musical numbers and vocal prowess that has yet to be matched with subsequent performers.

Freddie performed his last concert 34 years ago to the day in Knebworth Park, UK while on tour for their album A Kind of Magic. The Magic Tour is incredibly well documented and this performance is probably most well known.

While he did not pass until 1991, Freddie left the band in 1986 after contracting HIV. This was not confirmed until the day before he died from complications (pneumonia) due to the progression of his illness, AIDS.

Even after Mercury’s death the show had to go on.

Queen is still active today. Two performers have stepped into Freddie’s shoes with the current headliner, Adam Lambert, bringing a truly Freddie-like performance in my opinion. I was lucky enough to see Queen perform with Adam Lambert in one of their last concert venues before Mercury left the band. That night I swear Lambert channeled Freddie. You could truly feel his presence in the hall.

Between his elaborate costumes, and incredible vocals, Lambert truly captures Mercury’s stage presence and theatrics. I mean, the guy actually had a purple velvet and gold detailed Marie Antoinette style chaise brought on stage to perform Killer Queen while spraying the crowd with champagne. It’s about as close as you will get to Freddie Mercury’s ACTUAL performance.