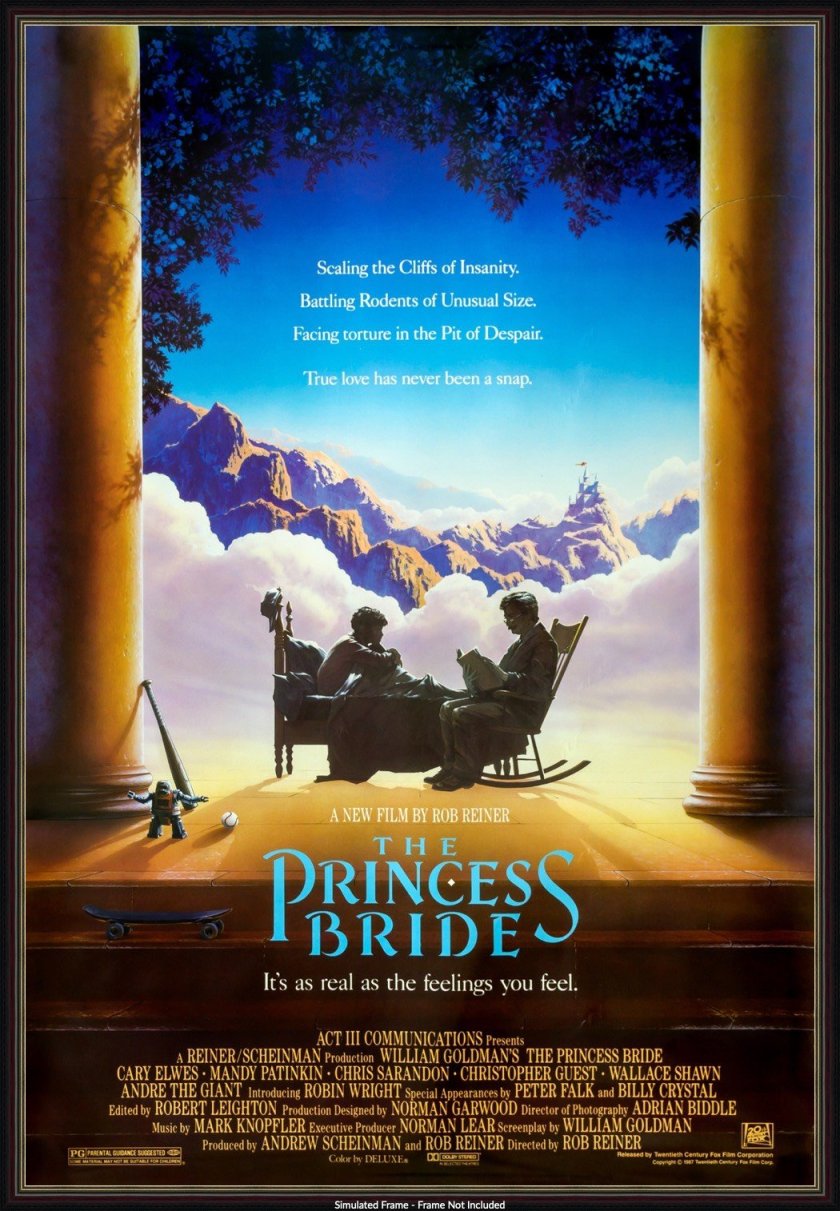 When one of his grandchildren is home sick a kind grandfather comes over to read him a story.  The story, told through the film, is one of intrigue full of swordfights, pirates, revenge, escapes….true love!

A beautiful young lady, Buttercup, living on a farm is wooed by their farm boy, Westley.  For the time they know each other he simply answers each of her requests with “As you wish” which she comes to realize is his way of saying “I love you.”  And she comes to love him in return.

When Westley leaves to make his fortune on the high seas the vessel his is on is attacked by the Dread Pirate Roberts, who leaves no one alive in his raids.

Five years later, Buttercup is forced into an engagement to the Prince of Florin, Humperdink.  Just weeks before the wedding she is kidnapped by three outlaws who are charged with killing her to start a war between Florin and their greatest enemy, Gildur.

When a man dressed in solid black catches up to the group they grow concerned and one by one attempt to take him out before he can steal the princess.

Who is the man in black? Could he be the Dread Pirate Roberts that everyone so fears…or is he merely another outlaw set on taking what is not his?

-Creator: William Goldman (based on his book)

-Where to Watch: Amazon Prime Video (Buy/Rent), iTunes (Buy/Rent), Disney+ (with subscription), , DVD, Blue-Ray, or look for it at your local library

William Goldman wrote both the book (which is just as snarky and witty as the movie….see our review of that here) and then adapted it to the screen.

The characters are real. Witty, snarky, sarcastic and funny.  Each of them have their own quirks and personalities which come out with grace and beauty throughout the film.  It is incredibly quotable (which is one of many things I look for when I watch comedies) and has some of the greatest lines in romantic comedies in my opinion.

The costumes and locations are cheesy in the “maybe-this-is-a-renassiance-faire” sort of way that goes so well with it being a story imagined by a kid as his grandfather reads to him.

I just can’t speak highly enough of this film.  Just go and watch it.  Its totally worth the hour and a half of your life.