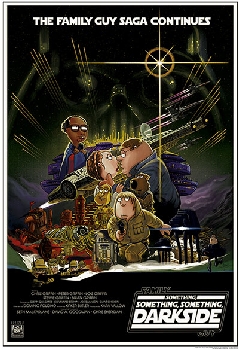 The Griffins are once again sitting down to watch television for the evening when the power goes out!  At a loss for entertainment Peter tells the story of Star Wars Episode 5: The Empire Strikes Back.

-Where to Watch: Hulu (with add-on), Amazon Prime Video (Buy/Rent), DVD, Blu-Ray, or look for it at your local library

-Page of Reference in RP1: Not explicitly mentioned…but I was reviewing everything Star Wars anyway… haha…

Once again, they did a great job.  Great parody.  Excellent jokes.  Great moments. Calls out some of the ridiculous things that are in the actual films.

Parts are super inappropriate and some of the jokes are really out of date. But its Family Guy so that was expected.