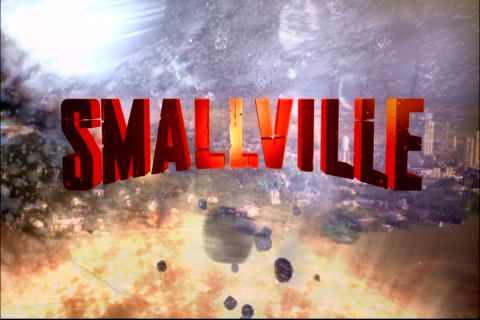 Smallville, Kansas seems like your regular, every day, small, Midwest American town.  The city center is quaint and full of mom-and-pop shops.  Cornfields and farms line the edges as far as the eye can see.  And football is the local religion.

Until one day when a series of meteors strike down around the town.  Little does the town know how much of a ripple effect this event will have.

Twelve years later, Clark Kent is going to high school.  The all American boy.  Corn fed and farm raised.  Except he as a secret.  A deep dark secret that may be exposed.  Hes super fast, super strong…and apparently impervious to the sports car that hit him going 60 miles per hour hurtling him and the driver into the river below.

When they emerge from the water something seems to have changed in the small town.  Weird occurrences start to happen more frequently around town…and always seem to be tied to the strange green meteor rocks.  Lex Luthor has moved in and is trying to investigate the crash that nearly took his life. Clark’s friend Chloe is trying to tie all the strange things in town to the meteor strike and write about them in the school paper…

But all Clark wants to do is figure out how to ask out cheerleader Lana Lang…if only he could stop being so clumsy around her.

Who knew high school could be so tough?

-Creator: Alfred Gough and Miles Miller based on the comics by Jerry Siegel and Joe Shuster

-Where to Watch: Hulu (with subscription), DVD, Blu-Ray, or look for it at your local library

-Page of Reference in RP1: DC Comics is mentioned throughout the book

Overall, the show is a really interesting take on the beginnings of Superman and Clark Kent as a teenager.  But because it starts with Clark and his friends in high school there are a lot of plot lines that focus on things that adults really need to remember were the end of the world when they were a teenager.  Between love triangles, the school dances, cheerleading and football, school sports and arts, and even the vote for school president…the first few seasons are kind of cheesy and harder to get through as an adult.

But as I hold onto the fact that these were life or death situations as a teen (just without the superpowers and the crazy meteor rocks) the show becomes really fun and a cool extension of the Superman world that we have been introduced to over the year.

Oof.  Just as drama ridden and cringy as I remember.  But that is because it all takes place their freshman year of high school.

I appreciate the parallels in the new characters that have been introduced to the characters we know later on in the comics and other films.  Chloe and her school paper as well as Lana Lang both have characteristics of Clark Kent’s later love interest, Lois Lane.  And old favorites have returned but with a more youthful twist such as Lex Luthor.

With the long form seasonal format of a tv series instead of a series of movies we really get to explore the friendship between Lex and Clark, the effects that the Kryptonian meteor rocks have on humans that were in the vicinity of the crashes and even later, the relationships Clark forms with his parents and other friends….even the conflicts that arise from keeping his secret safe.

It is really enjoyable to watch the stories unfold.  Even if parts of it are still a little more than unbelievable…like a teenager running an entire coffee shop by themselves, or the fact that the Kents keep their son’s spaceship in the basement…without any decent locks.

Tom Welling and Erica Durance did reprise their roles as Clark Kent/Superman and Lois Lane in the DCEU multi-television show crossover mini-series/storyline “Crisis on Infinite Earth”.  This crossover officially tied the early 2000s series into the new DCEU Arrowverse.

To see our article on how the Arrowverse is connected and the shows tied into it: Arrowverse and the new DCEU