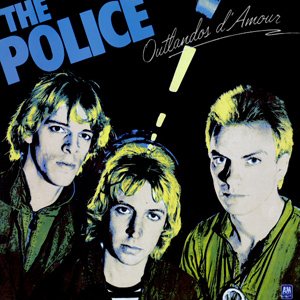 Ah The Police.  I grew up with this band as well as Sting being played in my house frequently.

I was surprised listening through this album that one of their most famous songs, and a personal favorite of theirs, was on their debut album: Roxanne.

Other than that, the album is ok. Nothing spectacular to me but also not something I disliked listening to.   It’s a pretty solid album that feels like The Police to me.  I’ve found this isn’t always the case when it comes to the music I’m familiar with and the early albums of that band.  But this debut album is a pretty good view of their sound and their lyrics.

Honestly, other than Roxanne I can’t really pick out any of the other songs that I really liked or that were distinctive.  They all kind of blend together in a way where if you are not paying attention to the change in title it sounds like it could almost be a cohesive song without much change overall.

Like I said.  It’s a fine debut album, but nothing earth shattering.