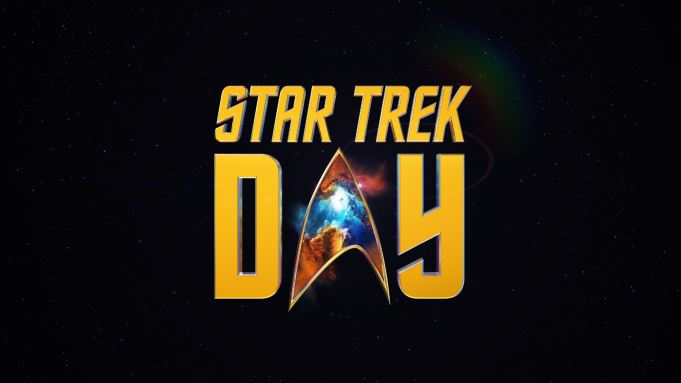 September 8th has been dubbed Star Trek Day.  It was on this day in 1966 that the very first episode of Star Trek was ever shown on television.  When Gene Roddenberry came up with the idea for this incredibly innovated science-fiction television program… something focused on diversity, inclusion, exploration, and hope… I’m not sure he was expecting it to last for over 50 years!

“The Man Trap” premiered September 8, 1966 on television starting a journey that would send audiences to the deepest reaches of space and break barriers all along the way.

From the first interracial kiss on television, to gender inclusive clothing, the exploration and acceptance of other cultures no matter the differences from our own, new religions, lots and lots of sexual tension and a plethora of wonderful adventures told by the crews of our beloved Enterprise and beyond.

Star Trek has captured the hearts of humans around the globe and through the ages. With over 13 feature length films, 11 television series, a ton of shorts, video games, theme park attractions, books and comics, graphic novels, exhibits in museums…the list is endless.

This entire series has changed so many people’s life and continues to do so as more and more series, more of the worlds, more exploration and hope and compassion…and inclusion!

If you want to join in today to celebrate there is so much you can do…sit down and watch your favorite episode or two.  Share the show with your kids.

And if you have Paramount+ then log in tonight at 8:30 ET/5:30 PT for a live celebration of everything Star Trek with hosts Wil Wheaton and Mica Burton as they bring to you live-stream panels, programing, meet ups with some of our favorite characters as they all celebrate 55 years of Star Trek with the people who kept it going: US!  The Fans!